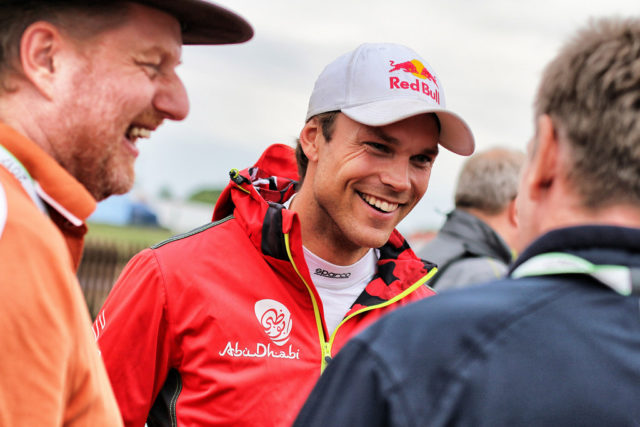 Andreas Mikkelsen finished Rally Poland in ninth place, but with Power Stage points. The Norwegian driver is very optimistic after the eighth 2017 WRC round regarding the development of the C3 WRC with Citroen.

Rally Poland was Andreas’ second outing in the C3 WRC. Mikkelsen needs some time to adjust the car. But he was really pleased with the progression he and the team made through a really demanding rally in Poland.

“It was a challenging weekend, no doubt. And especially with regards to the weather conditions. We’ve had it all, from torrential rain to dry roads, and that has really challenged us”, Andreas Mikkelsen explained.

Andreas joined Citroen for the first time at Rally Sardinia.

“It’s my feeling that we ended this rally in a very positive wave. Third fastest on the penultimate stage and also on the Power Stage feels good. And it’s a bonus with the extra points. I’m very optimistic about this project, and I’m really looking forward to the next event.”

Next up for the Norwegian is Rally Germany, also with Citroen.

“I’m really looking forward to testing the car on tarmac and also to be back with the team in Germany”, Andreas said.

#RallyPoland done, and we made good progress! Looking forward to the next step on asphalt in Germany! #FightbackToWRC @CitroenRacing pic.twitter.com/bjpIlyeefk