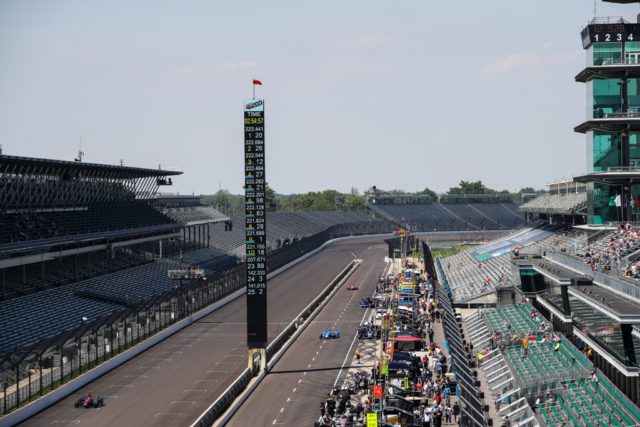 Firestone tire allotment: Thirty-six sets for use throughout the month

Pippa Mann is the only female driver in the field. It marks the 18th consecutive Indy 500 that a female has qualified for the race

The event, billed as The Greatest Spectacle in Racing, is considered part of the Triple Crown of Motorsport

It comprises three of the most prestigious motorsports events in the world and includes the Monaco Grand prix and the 24 Hours of Le Mans. The official attendance is not disclosed by Speedway management. The permanent seating capacity is upwards of 250 000, and infield patrons raise the race-day attendance to approximately 300 000.

The race celebrated its 100th anniversary in 2011. The 100th running was held in 2016. The most successful drivers are A.J. Foyt, Al Unser, and Rick Mears. Each of them won the race four times. The active driver with the most victories is Helio Castroneves, with three. Rick Mears holds the record for most career pole positions with six. The most successful car owner is Roger Penske, owner of Team Penske, which has 16 total wins and 17 poles.

Ricciardo: I’ve had four podiums and three second in Singapore, it’s about time I...

Hamilton: We need to keep our heads down and work hard