Force India scored seven points in Melbourne as Sergio Perez raced to a seventh place finish, while Esteban Ocon scored his first point in Formula One with a strong drive to tenth place.

“I am very pleased with the result and I don’t believe there is anything we could have done better. Seventh place was the most we could achieve and the team had to make all the right calls to get this result. We had the correct strategy and we managed the tyres well to bring the points home. We still had to pull a few big moves on [Daniil] Kvyat and [Carlos] Sainz, even though it was not easy to overtake, but once I was in clean air I felt I was in a very strong position.”

“Driving these cars is so much fun. You can push a lot harder than in the past and I was doing my fastest laps towards the end of the race. We know we still need to improve this car and there is more performance to come. But this is a positive start to our season and we can be happy this evening.” 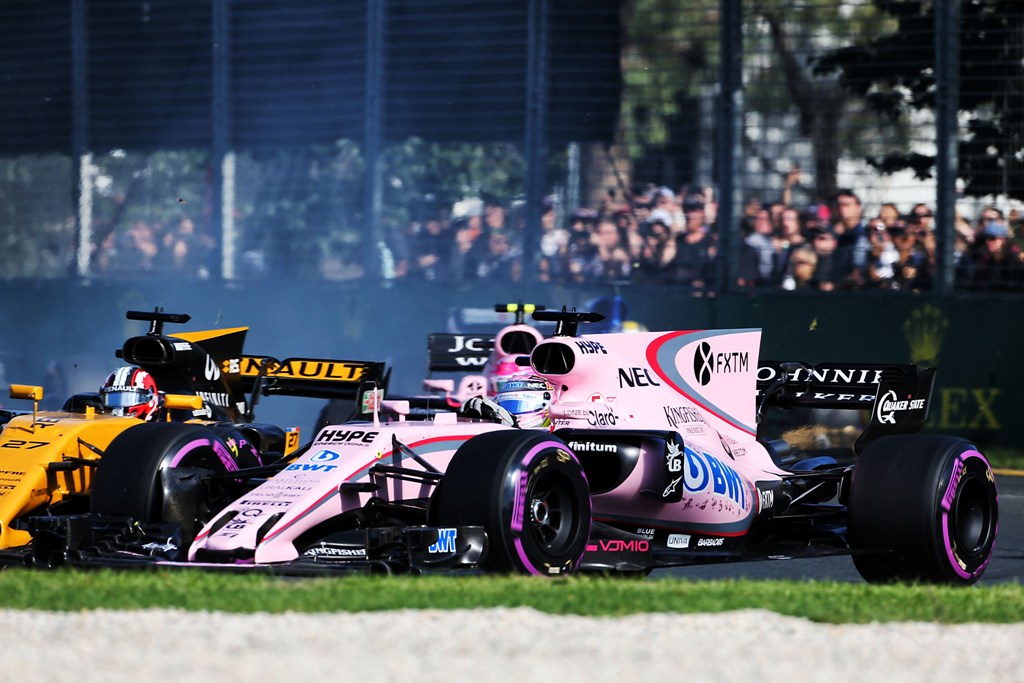 “Scoring my first point in Melbourne is a very nice reward after what has been quite a tough weekend. I spent almost the entire race fighting against Fernando [Alonso] because we were side-by-side for the first lap of the race. He was able to stay ahead and I had to chase him for the rest of the afternoon. It was a hard fight because Fernando is a tough opponent and it was so difficult to get close and overtake. Eventually I found a gap in the last few laps and took my chance going into turn one. It was a big moment for my race and took me into the points. I’m happy with the result. I feel I’ve learned a huge amount from my first race weekend with this team. I hope this is the first point of many this season.”

“To come away from the first race of the year with seven points is a fantastic reward for all the hard work over the winter and the weekend [in Australia]. Sergio’s race was a typical battling performance as he made some opportunistic moves on both Toro Rosso cars, which proved crucial for his end result. We made some excellent calls with the strategy too, with our early pit stops proving the right way to go.”

“Esteban also delivered a fantastic drive. Everyone in the team was delighted to see him score his first point in Formula One. His race-long fight with Fernando Alonso was one of the big stories of the race. Seeing Esteban overtake with just six laps to go was great entertainment for the fans. Starting the season with a good bunch of points is always an important boost for the team. And it shows we have good reliability too. We know there is more performance to come, but we’ve started with our best foot forward. We will head to Shanghai determined to build on these results.”

Crutchlow in front of Rossi in Friday practice in Great Britain