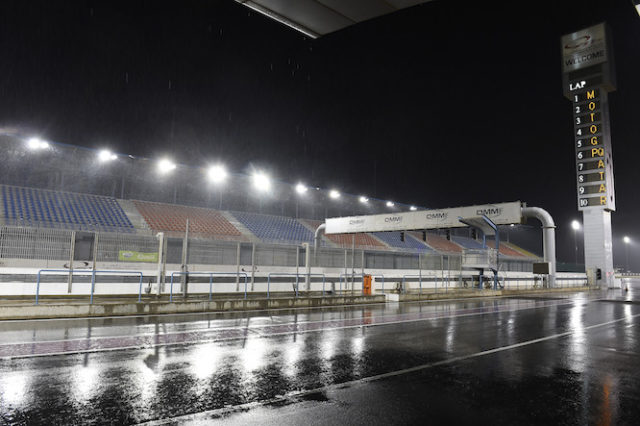 The MotoGP officials had cancelled all of the action on Saturday for the floodlit Qatar Grand Prix due to inclement weather conditions at Losail. Heavy rain across Friday night and into Saturday left the circuit drenched. While some parts of the track dried, other areas remained damp, with pools of water forming across some sections and on kerbs.

MotoGP organisers repeatedly assessed the situation, with a 20-minute evaluation session scheduled, in order for riders to trial the circuit in the conditions. But later it was scrapped.

The fourth practice session was pencilled in for 20:30 Qatar time. But officials opted to cancel running in all categories. This means the grid will be based on combined times from the three practice sessions. 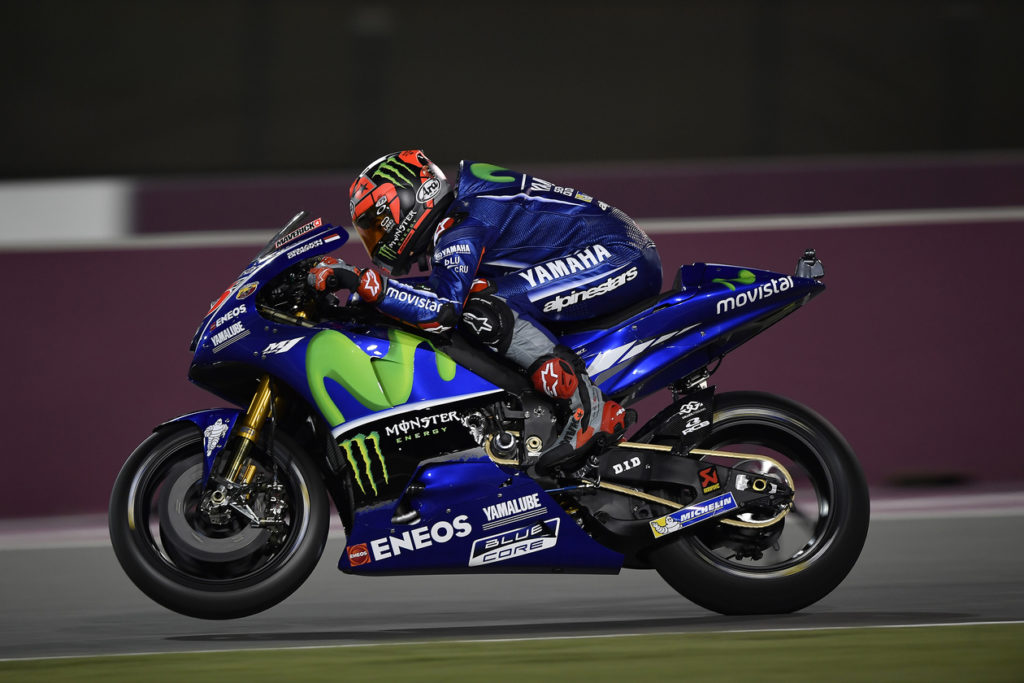 Therefore Maverick Vinales will start from pole position for the first time in his MotoGP career. He set the fastest time of the weekend during the first session.

Andrea Iannone in Suzuki will start from second place. The reigning World Champion Marc Márquez is rounding out the front row of the grid.

Johann Zarco (Yamaha Tech 3) will line up fourth on his MotoGP debut. He is in front of Andrea Dovizioso (Ducati), Scott Redding (Pramac) and Dani Pedrosa (Repsol Honda).

The top 10 will be completed by other rookie Jonas Folger (Yamaha Tech 3), Cal Crutchlow and Valentino Rossi (Yamaha). Jorge Lorenzo will line up from 12th for his first race with Ducati.

So here are the first 3 rows of tomorrow’s #MotoGP grid!