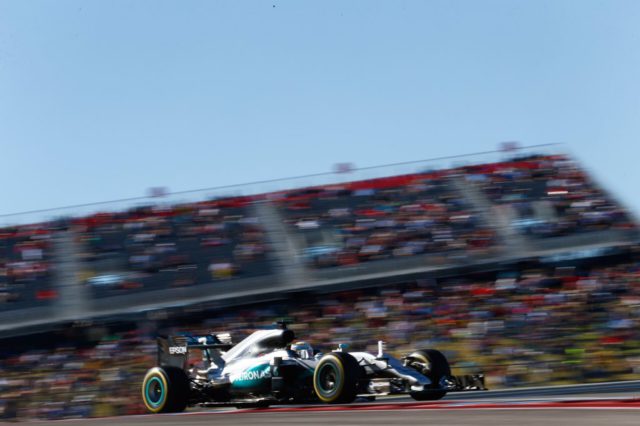 Lewis Hamilton beat Mercedes team-mate and title leader Nico Rosberg to pole position for the United States Grand Prix in Austin. He set a new fastest lap at the Circuit of the Americas, ahead of Red Bull and Ferrari. Hamilton led Rosberg by a tenth after the first Q3 runs and improved on his second – a record-smashing 1:34.999. To finish 0.216s clear of Nico.

It marked Hamilton’s first pole position at the Austin venue. Daniel Ricciardo was another three tenths back, half a second overall. He beat fellow Red Bull driver Max Verstappen with his final attempt. Ferrari duo Kimi Rаikkоnen and Sebastian Vettel struggled to make an impact with fifth and sixth respectively. They ended more than a second adrift of Hamilton’s pole time.

Both Mercedes drivers and Verstappen will start Sunday’s race on the soft tyre, having used the yellow-marked rubber to progress from Q2 to the pole position shootout. 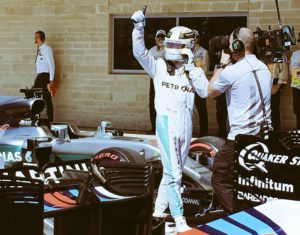 “I feel positive,” said Hamilton, who had never started from pole at COTA before. – We have worked hard the last couple of weeks, improving on lots of areas, so it’s a great feeling to be up here and I very much appreciate it. I have been practicing the starts all weekend so feel positive about it tomorrow.”

The Mclaren driver made another public complaint about engine supplier Honda’s lack of power compared to rival manufacturers, claiming he was losing a tenth-and-a-half on the main straight.

Esteban Gutiérrez led Haas’ charge in 14th position, at the team’s first home Grand Prix, with Renault’s Jolyon Palmer and Sauber’s Marcus Ericsson the other drivers to appear in Q2.

Jenson Button was the biggest name eliminated after hitting traffic. In particular Palmer, whose engineer apologised as he didn’t see the approaching McLaren. It is not yet clear whether Palmer will face action for impeding Button.

Rossi and Viñales ready to start the 2018 MotoGP season