After a couple of races with the hard compound nominated, P Zero White medium, P Zero Yellow soft and P Zero Red supersoft is Pirelli’s choice for the Circuit of the Americas. Last year, torrential rain meant that many sessions were cancelled. The slicks were not used until race day. This year, the teams will be hoping for a more conventional weekend with enough dry running to form a full picture of how the three nominated compounds interact with the Texan circuit. However, past experience has certainly shown that a wide range of conditions is always possible. Another factor that the teams will have to contend with at this technically varied and universally popular grand prix.

THE CIRCUIT FROM A TYRE POINT OF VIEW:

HOW IT WAS A YEAR AGO:

“The significance of the United States both as a race and a market for us goes without saying, especially with the opening of our first P Zero World store in Los Angeles earlier this year. The 2015 grand prix was particularly challenging because of the weather, meaning that the teams are lacking recent data on the slick compounds at Austin. We’re also bringing the supersoft to the track for the very first time. As a result, the free practice sessions in particular will be extremely important this year, with the optimal strategy yet to be defined.” 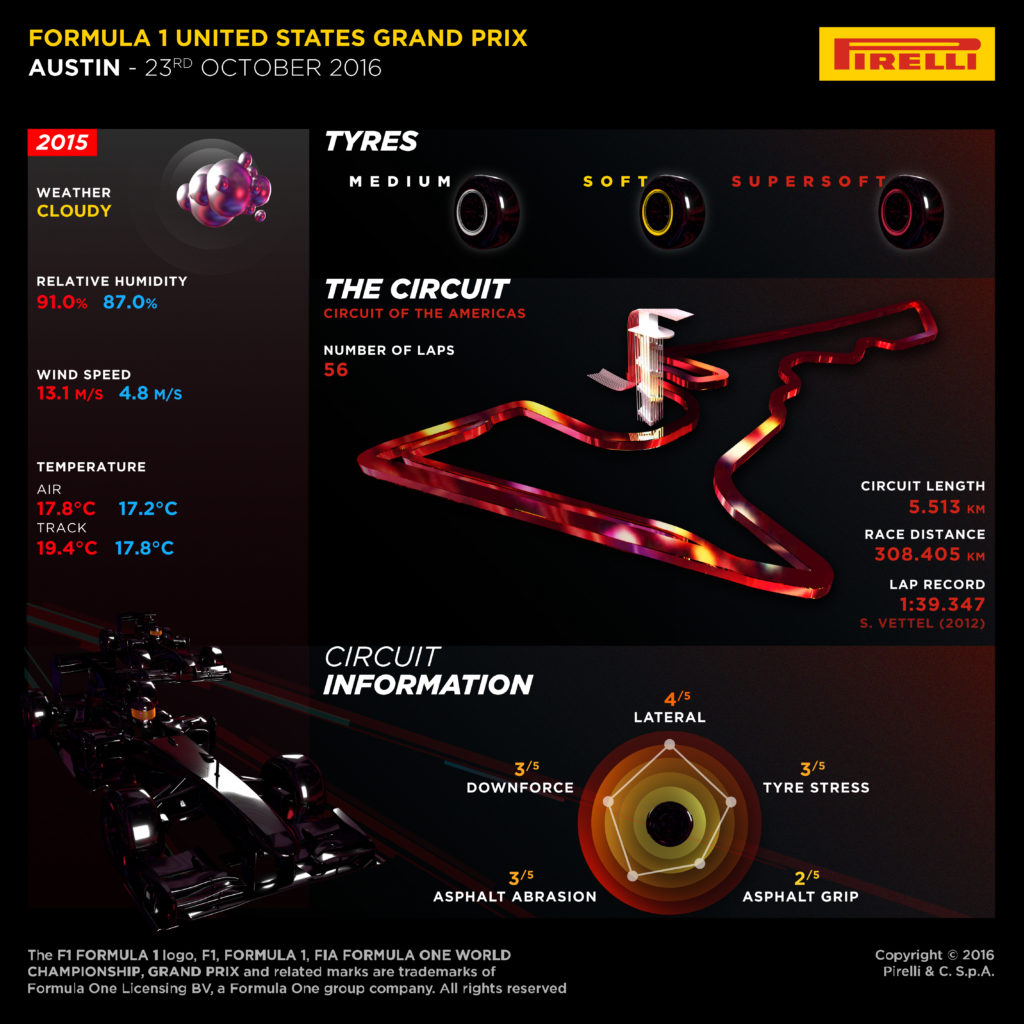 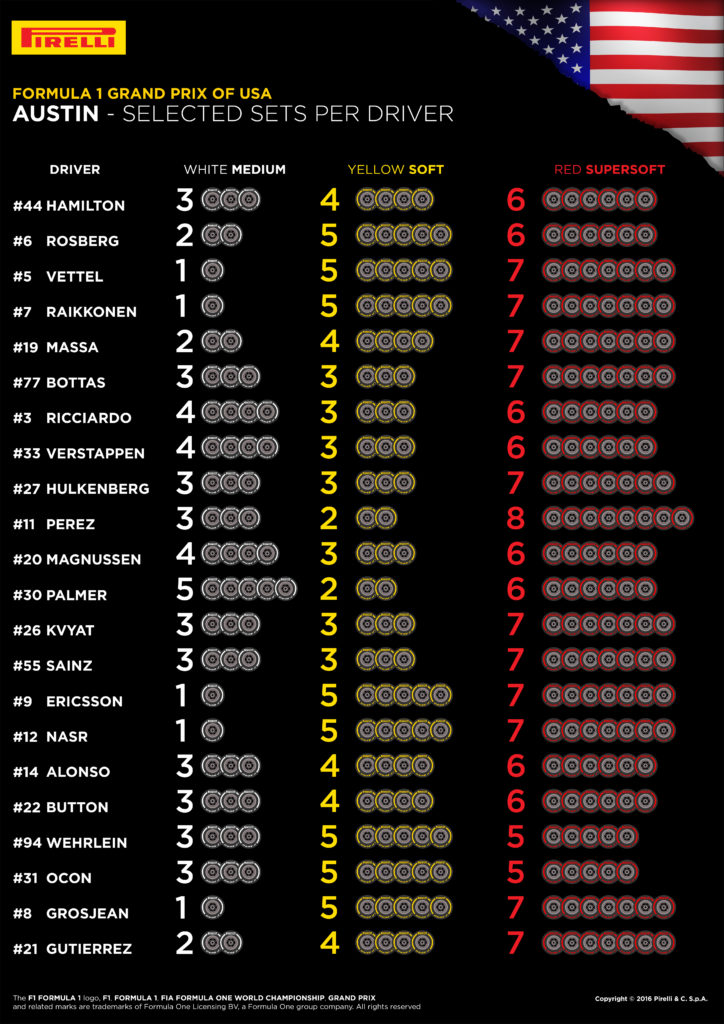 Di Resta and Fittipaldi to drive for Jaguar, Eriksson – for DS Virgin in...

GM lets customers order their morning coffee with their car