Pirelli’s P Zero Purple ultrasoft tyres make a return for the first race since Austria for the only true F1 night race – the one in Singapore. The other nominated types are supersoft and soft. The three softest tyres in the range have been selected to cater for the unique demands of the Marina Bay street circuit. The lap is a long. Track temperatures fluctuate. It is a physically demanding race for both drivers and cars. With the barriers so close to the side of the track, no mistakes go unpunished.

How it was a year ago

Pirelli’s Paul Hembery: “This is one of the most unpredictable races of the year”

Paul Hembery: “Singapore is probably the most spectacular circuit that we visit all season. This year we hope to make it even more special with the arrival of our rapid ultrasoft compound, in order to maximise the speed and grip available at the Marina Bay track. This is one of the most unpredictable races of the year – it’s the only track with a 100% safety car record – so all the complex variables inevitably throw up opportunities for teams to do something creative with strategy. In terms of competition, it looks set to be one of the closest races we will see all year, where tyre management will make a big difference.” 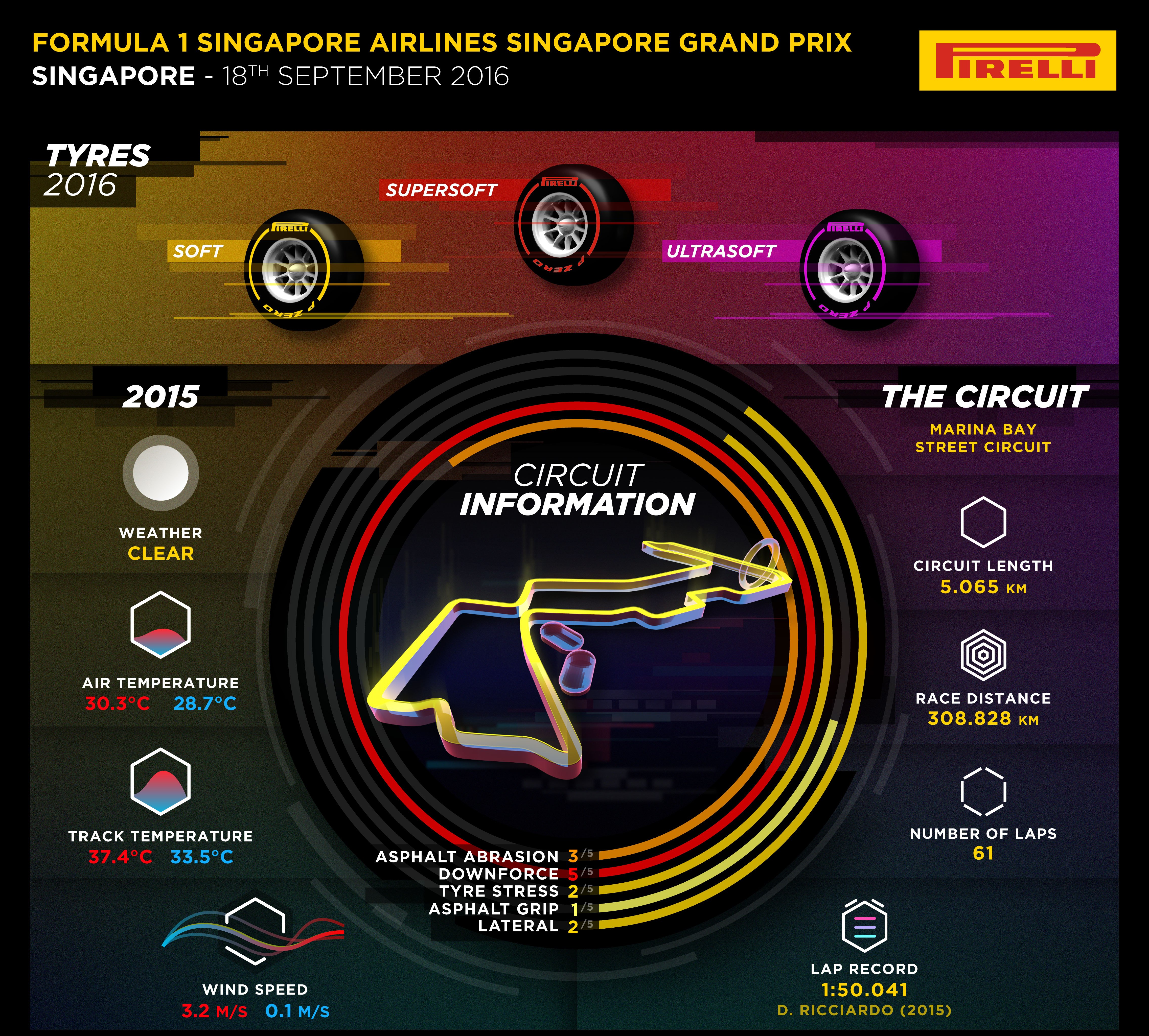 Raikkonen wins the US Grand prix

A piece of Michael Schumacher history goes to auction for charity