The Azerbaijan Grand prix is the fourth round of the 2018 Formula 1 world championship.

This 6.003-kilometer (3.730-mile), the 20-turn circuit made its debut on the 2016 Formula One calendar. Mercedes driver Nico Rosberg won the inaugural race on his way to capturing the 2016 FIA Formula One World Championship.

Drivers are able to turn a lap around the 6.003-kilometer (3.730-mile), 20-turn track in under 105 seconds. The dumbbell-shaped layout runs counterclockwise, with a sharp left turn greeting drivers at the end of the main straight, not too dissimilar from the Tilke-designed Circuit of the Americas in Austin, Texas, home to the United States Grand Prix. Baku City Circuit is a unique track that blends old and new. It winds through a modern, Eastern side where swank hotels and high-end shops reside, to a historic area where the streets are narrow and steep before returning to the main straight. This challenging layout is augmented by Baku’s notorious winds, which are always prevalent. In fact, City of Winds is the unofficial, but literary, name for Baku.

DYK? Baku is located 28 meters (92 feet) below sea level, making it the lowest-lying capital city on the planet and the largest city located below sea level.

Downforce levels are the second-lowest of the year, after Monza, in an attempt to maximise top speeds along the pit-straight, where the cars are on full-throttle for 24s. The focus for the engineers is to shave off as much downforce as possible, while still working the tyres hard enough to keep them in their operating window.

Most demanding section Turns Eight to 12. This series of left-right flicks alongside the medieval wall of Baku’s Old Town is also the narrowest section of the track – just 7.6m at its narrowest point. The drivers have to be very precise with their steering inputs and throttle application, which is made all the more difficult by incessant camber changes and a sharp incline in the road.

Unique difficulty The 2.1km/1.305-mile pit-straight produces the highest top speeds of the year. In 2016, Valtteri Bottas clocked 378km/h/235mph here, although speeds were slightly slower last year due to the wider-format cars. At these speeds the brakes cool dramatically, making braking for Turn One particularly difficult.

Braking There are six significant braking events around the lap, the hardest being into Turn One, where the cars slow from a very high speed

The rest of the lap is relatively slow (there are nine third-gear corners) and it’s a delicate balance to optimise brake cooling.

The smallest margin between any two cars crossing the line in 2017 ?#F1 #AzerbaijanGP pic.twitter.com/1adNsIgrdl

Power The cars use 2kg of fuel per lap, which is high, and without a Safety Car period, the cars are unable to complete the race without a degree of fuel saving. It’s also a demanding race for the ERS because there are long periods of full deployment.

Aero Despite being a street track, Baku is a low-downforce circuit. In terms of the aero package, it’s the second-lowest downforce package of the season, after Monza. 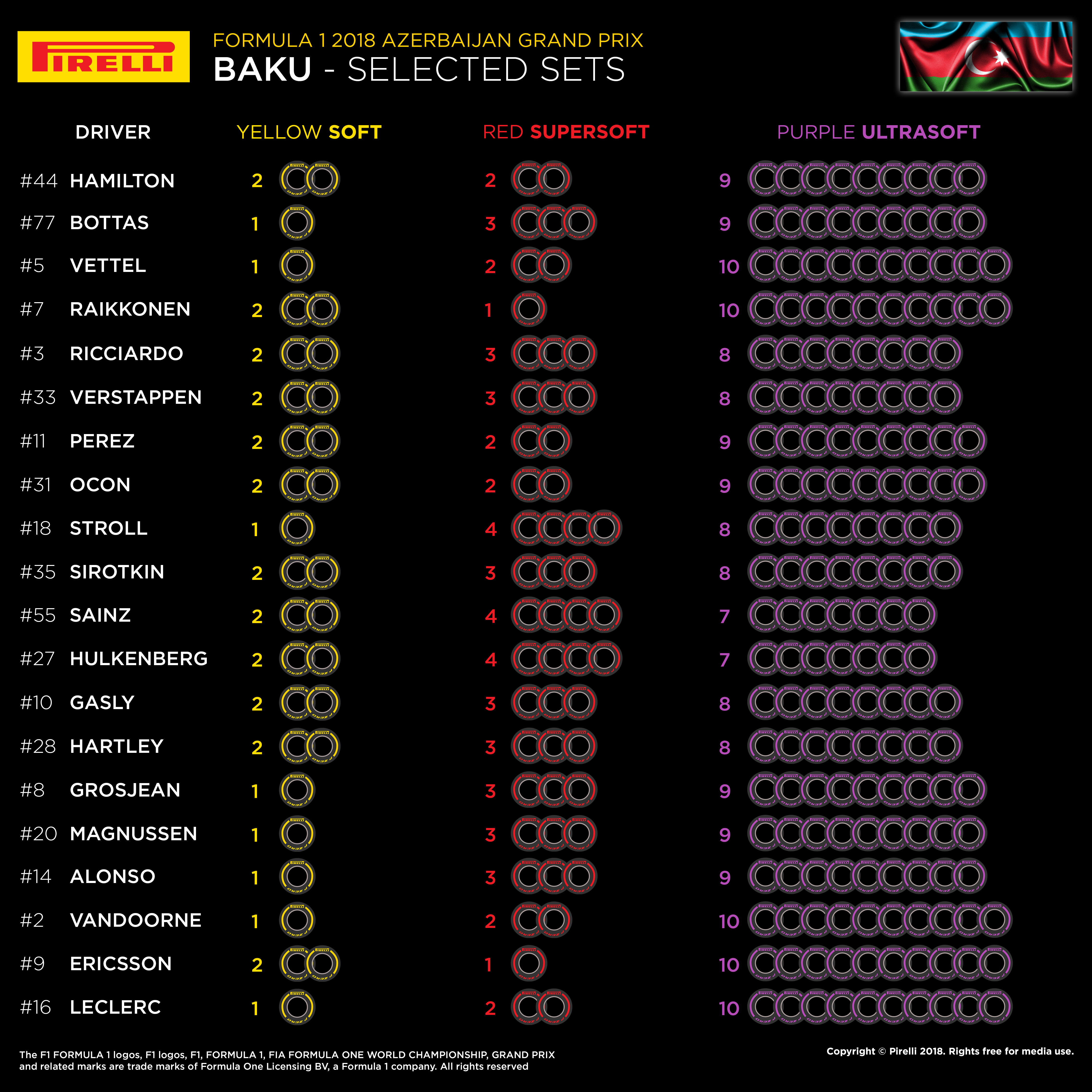 Esteban Ocon: I’ve got to aim to score points at every race. That’s the...