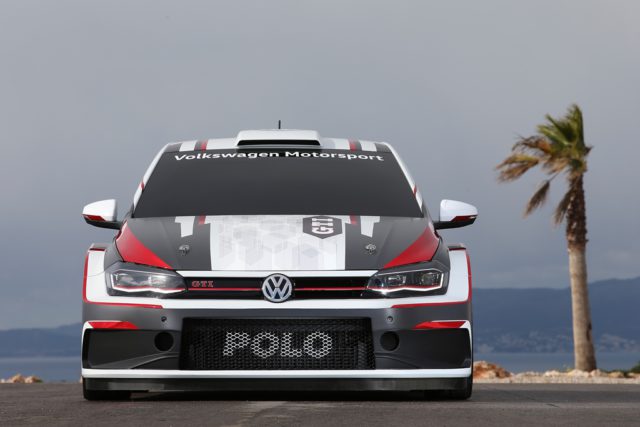 Shortly before the start of the 2018 rally season, Volkswagen has now provided the first 15 customers with information on the delivery of their new Polo GTI R5. Development of the four-wheel drive rally car for the customer sports scene, which is based on the new sixth-generation Polo, began at the start of last year. And the new car had its launch in December. Demand for the new rally Polo is great – not least because the Polo GTI R5 incorporates all the know-how of its predecessor, which won four world titles in the pinnacle of rallying, the WRC.

“We are overwhelmed by the positive feedback on the Polo GTI R5,” said Volkswagen Motorsport Director Sven Smeets

“The customer demand is enormous. It is an additional motivation to provide the teams with the best possible rally car.”

The first customers should receive 15 of the 272-hp Polo GTI R5 in the second half of this year. Three cars will go to Austria and the Baumschlager Rallye & Racing GmbH team run by Austria rally champion Raimund Baumschlager, who won the 2017 Austrian Rally Championship with a Polo R WRC. Belgian teams bought three cars: two to BMA and one Polo GTI R5 to THX Racing.

Two Polo GTI R5s will be on their way to the Printsport Oy team in the home of rallying, Finland. Printsport has successfully implemented projects with young and talented drivers like Esapekka Lappi, Ole Christian Veiby and Jari Huttunen. They currently have Lukasz Pieniazek from Poland and Emil Lindholm, son of multiple Finnish champion Sebastian Lindholm, in their team. A further two Polo GTI R5s are for the HK Racing team in Italy. One rally GTI will go to Portugal. And a GTI R5 has also been sold to Sweden and Kristoffersson Motorsport.

They will go to the South American country of Paraguay. Miguel Carrizosa/DIESA S.A., a Volkswagen importer in Paraguay, will run the cars at national events there.

“We assemble each car by hand in our workshop in Hannover,” said Juliane Gründl, head of sales and distribution at Volkswagen Motorsport. “We are on schedule. However, we are still in the process of structuring production, and in the implementation phase in the aftersales area.”

Like the production model – the new Polo GTI – the Polo GTI R5 has a powerful straight four-cylinder turbo engine with direct fuel injection. The capacity of the rally car has a limit of1.6 litres, in accordance with regulations. This is sufficient to generate an impressive 200 kW (272 hp) and maximum torque of 400 Newton metres. A close-stepped, sequential, five-speed racing gearbox and permanent four-wheel drive achieve outstanding acceleration on any surface – whether asphalt, gravel or snow. Weighing just 1,230 kilograms, the rally GTI accelerates from 0 to 100 km/h in just 4.1 seconds.

The manufacturing of the basis for the assembly – the four-door, steel chassis – happens at the production plant in Pamplona, Spain

The Polo GTI R5 will receive homologation in the summer of 2018.