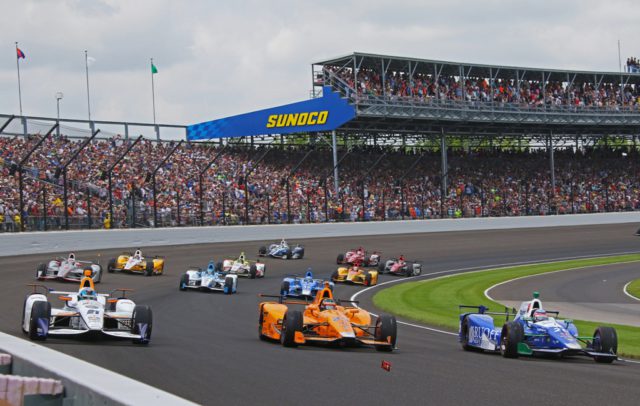 The Japanese driver passed Helio Castroneves 5 laps before the finish and held him off over the final laps. He gave Andretti Autosport its second consecutive victory and third in the last four years.

Sato screamed into his radio as he slowed down the front stretch, his Honda engine still under power after three others let go while their drivers were near the front of the race.

No feeling can match the feeling of winning the #Indy500 #INDYCAR #winnersdrinkmilk pic.twitter.com/mXd9QHal9N

Meanwhile Fernando Alonso did not finish the race. His Honda engine blew off in the 179th of 200 laps

“I felt the noise, the engine friction, I backed off and saw the smoke”, Alonso said afterwards. “It’s a shame, I thought we deserved to finish the race and experience the end. Who knows which position we could be. I mean the whole day has been a very nice experience. The racing was fun, it was nice. I think the performance was good, we were leading the race. It was a nice surprise to be with the best in oval racing and be competitive. Obviously I feel competitive, If I come back, it will be easier the second time. One of the best experiences of my career.”

The audience applauded thunderously the Spaniard after he got out of the car.